In this project, we studied Dia de los Muertos (or Day of the Dead) and created an altar for a loved one that has passed away in our lives. We also created a description in about that person or animal in Spanish. The altar we created had to include traditional altar items (such as flowers, candles, etc) and also items that remind us of our loved one. 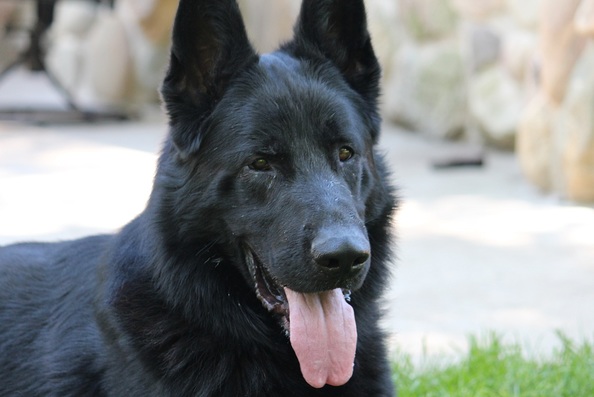 Dia de los Muertos or "Day of the Dead" takes place over two days: November 1 and November 2. It originated in Mexico more than 3,000 years ago. This time is to celebrate life, not death. It is an opportunity for deceased souls to join their families for a short period of time. The majority of people living in Mexico celebrate Day of the Dead, but everyone is allowed to celebrate if they'd like. Participants create altars for their deceased souls, containing candles, marigolds, papel picado, and items that remind them of that person. They remain awake all night telling stories about their loved ones. Many women create sugar skulls and pan de muerto for the celebration. When it is over they end with an early morning sermon.

I chose to celebrate my dog, Aspen, who passed away in 2012 from cancer. She was an eight year old black German Shepherd. It was a struggle in the beginning to bring back memories of her, as they were not vivid in my mind anymore. The items I chose for my altar were her ashes, leash, collar, favorite ball, flowers, papel picado, candles, dog treats, my sugar skull, and a piece of artwork I made for Dia de los Muertos. Putting it together at exhibition actually felt sorrowful and brought back many feelings from when she originally passed. I enjoyed seeing my peer's altars at exhibition, too.

This project was very fun and engaging! I learned a lot about Day of the Dead that I did not know before. I felt I put a lot of effort into my project and worked many hours after school making it beautiful work!
Header Image Site: Provided by Weebly