THE TRUTH OF WAR 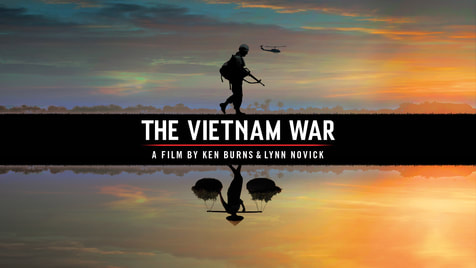 The Vietnam War as described by PBS:
"Ken Burns and Lynn Novick’s ten-part, 18-hour documentary series, THE VIETNAM WAR, tells the epic story of one of the most consequential, divisive, and controversial events in American history as it has never before been told on film. Visceral and immersive, the series explores the human dimensions of the war through revelatory testimony of nearly 80 witnesses from all sides—Americans who fought in the war and others who opposed it, as well as combatants and civilians from North and South Vietnam. Ten years in the making, the series includes rarely seen and digitally re-mastered archival footage from sources around the globe, photographs taken by some of the most celebrated photojournalists of the 20th Century, historic television broadcasts, evocative home movies, and secret audio recordings from inside the Kennedy, Johnson, and Nixon administrations. THE VIETNAM WAR features more than 100 iconic musical recordings from greatest artists of the era and haunting original music from Trent Reznor and Atticus Ross as well as the Silk Road Ensemble featuring Yo-Yo Ma."

Read: The Things They Carried 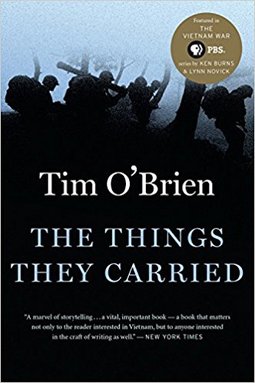 The Things They Carried Seminar Pre-Write 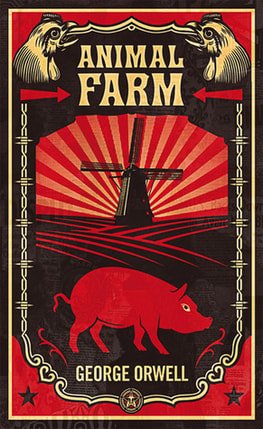 ​Animal Farm as described by Amazon:
"A farm is taken over by its overworked, mistreated animals. With flaming idealism and stirring slogans, they set out to create a paradise of progress, justice, and equality. Thus the stage is set for one of the most telling satiric fables ever penned—a razor-edged fairy tale for grown-ups that records the evolution from revolution against tyranny to a totalitarianism just as terrible."

"The Gulf of Tonkin" Essay

Before we started this project, I had very little knowledge about the history of military conflict in our country. So, everything that was taught in this project was, for the most part, new information to me. For instance, I thought that the Cold War was completely different from the Vietnam War. I learned that is, in fact, not the case. I learned about the discussions that took place in the U.S. and Vietnam around the Gulf of Tonkin incident. Although, the topic that I took most interest in was the ever-changing relationship between the United States, South Vietnam, and North Vietnam. This specifically intrigued me because I did not expect this to be a part of the development of the Vietnam War. Now that I look back, it seems logical that relationships had to have changed for the war to progress like it did, but it took me by surprise at the time. Learning about the inner workings and dialogue that occurred in the governments of the U.S. and Vietnam gave us all insight about what happens behind closed doors and how that can have an impact on communities and their citizens. I am glad that we covered this concept.
The mother, watching from afar, questioned the media as she pointed towards “the truth,” which were shown as five documents from the discussions within the government. The second room, “Soldiers on the Battlefield,” gave you insight into the Vietnam environment and daily fundamentals of being an active soldier. You were shown info-graphics and models of Napalm, Agent Orange, common “traps,” and more. You then continued into the third room, “Soldiers’ Emotions,” where you explored the hardships and struggles of serving. Letters from soldiers hung from the ceiling, you were given a “family picture” to hang on to, you were shown examples of what soldiers used to get through these difficult times, and the words of a Vietnam Veteran played throughout the room. After this, you were directed to the hallway, where you were free to explore the last three rooms on your own time. The “Vietnamese Perspective” room showed us how many Vietnamese perceived the war. You saw the common belongings of Vietnamese Soldiers and iconic images of the war. The “America Divided” room exhibited the protests that took place in the U.S. in the form of music and outcry. The “Retrospective” room revealed what veterans were met with coming home and the ending of the United States’ participation in the war. They also gave you a timeline of the war, that was situated in the hallway. After going through this 30-60 minute process, you left with a deeper understanding of the Vietnam War.

Throughout this project, I was able to concentrate and give little adjustments to my leadership skills. I am aware, as are others, that I have strong leadership skills, but they don’t get used as often as I would like them to. At the beginning of exhibition prep, I was offered the opportunity to be a “project manager.” I was hesitant, at first, because I did not think that I was the right person to manage my peers and that I would not be able to gain enough respect to guide them. Despite this hesitance, I took the opportunity, hoping to use and expand upon my leadership qualities. I believe that it did just that. Not only was it a very fun and enriching experience, I realized that there are many people who value my opinion and that my other qualities (such as responsibility, organization, and adaptability) give me an aptitude for leading. I was able to offer my peers specific and helpful feedback on their products and provide a different perspective in discussions with other project managers. I hope to take advantage of leadership opportunities inside and outside of school, knowing that I am fully capable.

I will take away, from this project, the understanding that war is anything but “black and white,” in the sense that when simply glancing at the situation, the “truth” will not appear clear. We focused on many different perspectives during this project, and it proves that nothing is absolute when it comes to conflict. The documents we examined, in particular, would share many perspectives. One would offer the opinion of U.S. government officials, but the next one would simply contradict it. The only way to find the “truth” in one of these documents was to read closely, consider any biases, and determine how reliable it is. And even after carrying out these tasks, you are still left to your own opinion, although a more educated one. It shows us that the “truths of the war” are simply mixed opinions, some educated, some not. This matters because being able to find the differences between truths and lies can help us reduce future conflict. In a world full of uneducated guesses at the “truth,” the only way we can find answers as a whole is by using our resources to create educated guesses and respecting these educated opinions.​
Header Image Site: http://www.history.com/topics/world-war-i/world-war-i-history/videos/the-us-in-world-war-i